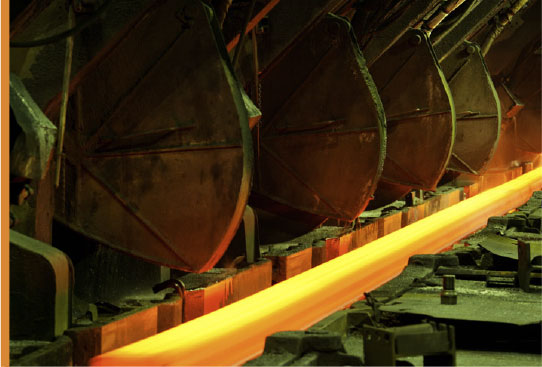 EVRAZ Railway Products is a division of EVRAZ, a vertically integrated steel, mining and vanadium business with operations in the Russian Federation, Ukraine, USA, Canada, Czech Republic, Italy, Kazakhstan and South Africa. EVRAZ is among the top 20 steel producers in the world based on crude steel production of 16,1 million tonnes in 2013. A significant portion of the company's internal consumption of iron ore and coking coal is covered by its mining operations. The Group is listed on the London Stock Exchange and is a constituent of the FTSE 250. EVRAZ employs approximately 100 000 people. The company's consolidated revenues for the year ended 31 December 2013 were US$14,411 million, and consolidated EBITDA amounted to US$1,821 million.

EVRAZ is one of the largest and most advanced manufacturers of railway products in the world...

EVRAZ is one of the largest and most advanced manufacturers of railway products in the world...